I think this is Fascinating! You?

Written by George and Rachel Barker on October 10, 2018. Posted in George's Happiness Blog.

I was recently having a conversation with someone, who was telling me about something that was really fascinating to them. I could tell they truly were fascinated because of the emphatic way in which they were describing the event. Of course, it was something that was unfolding on a newscast and pertained to politics, both of which are major turn-offs for me these days; my thoughts were wanting to go someplace else. Eventually, I lost the battle of trying hard to listen and let my thoughts drift where they wished.

Surprisingly enough, where my thoughts took me were somewhere fascinating. No, literally fascinating, because I 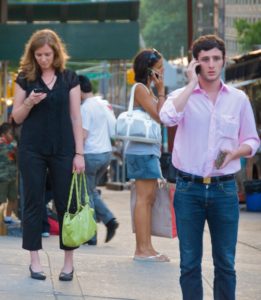 thought about the word itself and what is fascinating to me. Naturally, before they had finished speaking I had already formulated my response, which I hate doing because it means that I wasn’t listening, right? Okay, that’s my confession for the day; now on to my response.

You know what I find fascinating?

So, you think that’s fascinating, huh? You know what I think is fascinating? I think that my life is fascinating. Each day I wake, I find a whole new set of challenges. There are so called “bad things” that occur and there are also “good things” that occur. Generally, it is some combination of the two. When you wake every morning, you just never know what the mix of bad and good might be that day. Isn’t that fascinating? With so much fascination contained within my own life, I just can’t imagine why someone would want to turn on the television and watch the fascination with someone else’s life.

Now don’t get me wrong: I totally understand how it is easy to get caught up in these moments. Back in the day, it was just television that drew people into this situation, but today we have social media which just begs us to get fascinated with other’s lives. 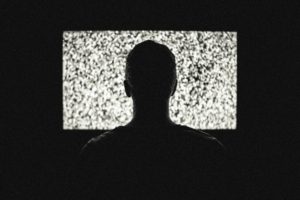 As a person who likes to promote happiness within people, I want to ask you: What are you fascinated with? Is it your own life? Through my life, I have known and met a lot of people. Enough to know that all of us have fascinating lives. I like to think of them as stories, fascinating stories. And that’s it. Because each day holds an adventure for each and every one of us. Please make sure that you enjoy your adventure, and if you are fascinated with another’s story, that’s okay; just don’t be consumed by it. Remember, you’re life is fascinating.

Don’t be a Cow! Become fascinated with your own life.

Soulful Quote: ” … don’t be fooled by the radio, the TV or the magazines/ They show you photographs of how your life should be/ But they’re just someone else’s fantasy”  – Songwriter Dennis De Young. Lyrics from the song “Grand Illusion”

Game Exercise/Life Changer: A toughie this week. Go one day without television or social media. Then throughout the day as you pick up your phone to check social media, ask yourself what is the fascination with my life? Believe me. it’s there; you just need to take time to find it.