Written by George and Rachel Barker on October 18, 2019. Posted in George's Happiness Blog.

We talk about “Small acts of kindness” often in Don’t Be a Cow! Just last week we shared the story of the Ice Bucket Challenge. And in Day 18 of our book we devote a chapter to it.

“I believe smiles are contagious”

In addition to small acts of kindness, Billy also mentions how much he loves to smile and says, he feels, smiles are contagious. And how easy it is to bring happiness to folks just by smiling. Dale Carnegie in his book, How to Win Friends and Influence People, suggested smiling is an important aspect of life. And, “Learn to Smile,” is Day 2 in our book. 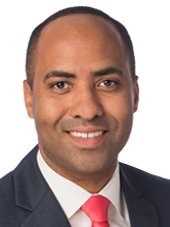 INDEPENDENCE, Mo. – A local sanitation worker never expected his simple gesture for an Independence woman with dementia would be got on camera.

And he certainly didn’t expect it would warm the hearts of thousands of people across the metro.

On Tuesday, FOX4 talked to the family of Opal Zucca after her doorbell camera captured a driver with Waste Management walking her up her driveway. The man in the video is Billy Shelby.

“Me and my mother was sitting there watching the news, and I said, ‘That look like me’, and then when it came on, I said, ‘That’s me,’” Billy recalled.

Billy’s been driving garbage trucks for Waste Management for four years. His friendship with Opal began in January when he saw her fall in her driveway.

“I made it a point to make sure it wasn’t going to happen again, so I started taking her cart back to her house,” he said. “It’s gotten to a point where she kind of expects to see me, and I expect to see her.”

The 50-year-old said he was just being his authentic self. He describes his personality as “outgoing,” but he has a knack for making people smile.

“I genuinely just like people,[and] I believe smiles are contagious, you know what I mean?” he said with a huge grin.

On Wednesday, Billy got the chance to meet Opal’s children, including her daughter, Colette Kingston, who posted the video of Billy and her mother on Facebook – a video that now has tens of thousands of views.

“I was just trying to take the trash back up there and get my hug, get my hug, that’s it,” he said embracing Opal.

“From all of us kids, thank you from the bottom of our hearts,” Colette said. “[We’re grateful] just to know there are angels in the world watching out for her.”

Billy said he’s humbled by all of the attention.

“Here I drive a trash truck. That’s it, right? But even with that, I can still be the best person I can be, and it can help somebody through their day,” he said.

He wants this moment to impel others to simply be nice, something he strives for in every aspect of his life.

“I just believe in good energy, man. If you give it out, more than likely, that’s what you’re going to get back,” he said.

Billy is a huge Chiefs fan. On Wednesday — after watching FOX4’s original story — former Chiefs player Tim Grunhard surprised Billy with two tickets to the Vikings game in November. Colette, who is a season ticket holder, also plans to make sure he has the ultimate game experience.

Don’t Be a Cow! Find Your Own Path to Happiness